When I was six years old the doctor told me if I wasn’t careful I could die tomorrow, September 19th, 1971. If that wasn’t enough, they said that my life expectancy was 25 to 30 years. I gasped as the doctor told me my death sentence.

It is now almost 40 years later, and my present doctor said that I am healthier than most men my age. How could this be? 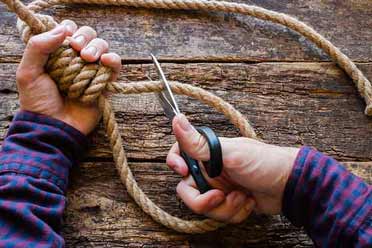 I had done everything wrong! The first five years I binged on candy, didn’t care if my blood sugars were in control. I was out of control. The following five years bingeing reduced, but I didn’t take care of my diabetes. Over the next seven years I graduated high school, and when I was in college, I was no longer bingeing. My diabetes control was a challenge, but I started figuring it out.

At twelve I started going to therapy to deal with the drama (everyone has some amount) in my life, but I never talked about diabetes. Just resolving the issues I was having with my family and the emotions I was going through helped me make room in my head for diabetes self-management.

It was still difficult. I am not even going to get into the management challenges college life brought me. It would have been nice to have someone to talk to about those challenges, but there was no therapist specializing in diabetes back then, unlike now.

I fully believe that therapy is a great source of support and I found relief from the mini traumas that come with diabetes, including daily frustration. I know! It surprised me as well. I thought I was insane, but I wasn’t. Most people who go to therapy are not crazy, but just need non-bias support dealing with issues they are going through or live with every day, like chronic illness or family stress.

Getting help takes a lot of strength, because many people are taught and encouraged to be independent, even if we need the support of others. Difficulty getting help is especially true for those dealing with a chronic condition like diabetes. Admitting we can’t do it alone anymore, takes a lot of courage and strength.

For my journey in psychotherapy, since I had been on my own my whole life, I had difficulty admitting that I couldn’t do it alone...

© 2011-2019 Eliot LeBow L.C.S.W., C.D.E.,  The information on this server including all images is proprietary and comprises legally protected subject matter belonging to psychotherapist Eliot LeBow, and is displayed on the basis of viewing only. All use, reproduction, and disclosure is prohibited without the prior consent of Diabetes Focused Therapist Eliot LeBow, including all registration marks: ® Diabetes Focused Psychotherapy, ® Helping People With Diabetes Thrive!, ® DiabeticTalks, ® DiabeticMinds, ® The Diabetic Diary. All rights reserved.